We thought it was about time to introduce ourselves! Keep reading to learn more about all of our amazing national MM team members who work towards our mission each day. 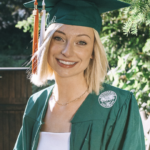 Emily oversees all operations of the national team and the MSU chapter. She received her B.A. and Women’s and Gender Studies and her B.S. in Civil Engineering from Michigan State University in 2021. Emily started working as an RA during her undergraduate studies at MSU, and found it baffling that the campus could offer the community SO many free resources without thinking period products should be in the mix. Emily worked with Nama to push the narrative of MM with MSU’s admin about a year before she met Ta’Sheena. After crossing paths within MSU’s network of RA’s, they began operating together as “Mission Menstruation” in 2018. The pair is incredibly proud to have transitioned MM’s efforts into a non-profit corporation in 2020 in order to take MM’s vision and expertise beyond MSU. 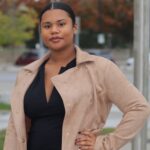 Ta’Sheena is currently an MSU graduate student pursuing a master’s degree in global health. Previously, Ta’Sheena attended MSU and graduated in 2020 with a B.S. in Cognitive and Computational Neuroscience. Her primary role is to oversee overall operations of the organization and consult regularly. At the start of 2018, Ta’Sheena and Emily were working toward the same goal at MSU, but separately. Being an RA, Ta’Sheena was eager to provide resources to her residents as often as needed. Emily had already established desk locations around MSU’s campus at this point but was mainly operating solo. After doing some research and connecting with Emily, she was introduced to Nama and Mission Menstruation was born. 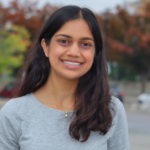 Nama serves on the Board of Directors as MM’s Executive Director. Her many roles include seeking funding opportunities, developing tools for student advocates, and organizing collaborative efforts with other period equity organizations. Nama graduated from MSU in May 2020 with a B.S. in Bioengineering, and began working with MM as an MSU advocate in 2018. MM was founded the same semester that Nama founded the organization PERIOD@MSU (now named Pad the Mitten). One of PERIOD’s goals was to ensure students had access to free period products, so supporting MM helped the group accomplish that. The support of Nama as president of PERIOD@MSU during this time was influential to the formation of MM. 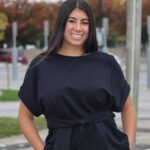 Holly serves on the Board of Directors as MM’s Vice President, as well as director of the marketing team. She graduated from MSU in 2019 with a degree in marketing. She has a wide variety of experience in marketing, from nonprofit, to freelancing, to corporate. Holly became involved with MM in 2020 after Emily asked her to bring her marketing expertise to the team. Holly was integral to the launch of the organization’s website, blog and social media pages and has since become involved with overall strategy. Not only is this a cause Holly believes in and is close to her personal life, but this role offers the ability to work with and continuously learn from others in a collaborative environment. “The nonprofit space is full of people who are all looking to help one another and that’s so refreshing!,” she says. 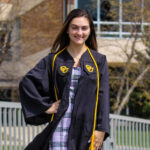 Bella serves on the Board of Directors as MM’s Marketing Chair. Her duties include blog posting, social media content creation, website maintenance and collaborating with Holly to increase national marketing efforts. She graduated from Oakland University in 2021 with a degree in Public Relations and Advertising. Bella recently became involved with MM in 2021, after reading about MM and all of the amazing work the organization has accomplished. She was driven to get involved because the work is something she really believes in and she wanted to make a difference on a larger scale. 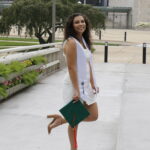 Sara is the Outreach Chair of MM. She graduated from MSU in 2021 with a B.S. in Environmental Engineering. She hopes to use her position to help MM connect with other organizations that have similar goals. She has been involved with MM for two years now, starting as a campus advocate at MSU. Sara got involved with MM because she wanted to make a difference during her time as a student at MSU. This passion for our mission grew into a role as the MSU Lead Advocate and eventually a position on the MM national team, giving her the opportunity to continue period advocacy work after graduating from MSU.

Finally, MM would like to offer our gratitude to our consultants Robert Gracin and Victoria Estrada. Victoria advises the team on upcoming merchandise and recruitment plans while Robert was critical to the wave of internal development at MM this past year. From strategy development to marketing efforts, his contributions to the organization have helped MM take massive steps toward our vision.

Stay up to date with the incredible work of our team by connecting with Mission Menstruation on our social media platforms below. Sign up for our newsletter and check out other blog posts at MissionMenstruation.com.